The problem is that far too many of us don’t think our personal happiness is a valid enough reason to breakup with someone. So we do one or two things – we either wait for the other person to mess up, or we mess up ourselves. Of course, the biggest “mess up” is cheating or another similar unforgivable action. Yes, some people cheat to create an excuse to get out of their relationship! Don’t fall into this trap. People’s feelings get unnecessarily hurt. And if you are the one doing the cheating it hurts your reputation moving forward.

Please, if you can’t be happy with the person you are with, find the words and courage to breakup with them. 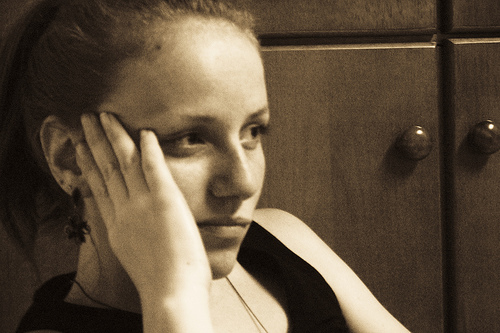 When the first word that someone uses to describe you or a friend is “nice”, it may be true, but it likely also means that this person finds you or your friend boring. If you are truly your own person, with your own unique opinions and interests, than someone will find you interesting. But if you lack passion for anything at all, you won’t be able to attract anyone else with passion or who is interesting.

If your favorite activities are playing Halo or hanging out with friends, get some other hobbies. Find a favorite author. Learn to play a new sport; join a new team or compete in a race or tournament. Find a way to help your city; volunteer for a sustainability program or get involved in a planning commission. Anything to get your butt out the door doing something that you, and more importantly someone you want to attract, finds interesting.

Learn to transform yourself and your interests, and you (or your friend) will no longer be labeled as being “too nice”. When people talk about you, they will actually have something positive to say. 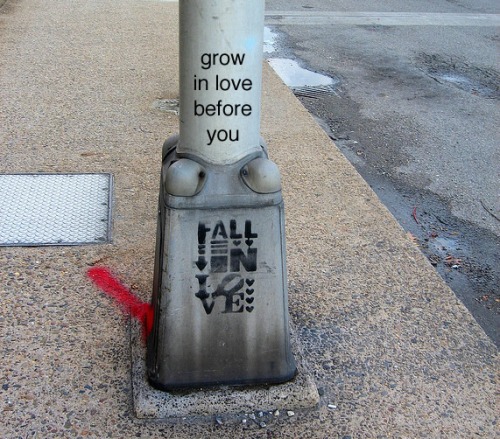 The issue with falling in love is that the falling part requires a huge leap of faith, that the other person is worthy of our love. Before completely giving our hearts away to a relative stranger, take some time to date them and get to know them. Weed out the weasels or party girls “just looking for fun” and the losers with out their act together. “What do you mean you don’t have a checking account? You’re 24 years old!”

Once you’ve determined the intentions of the other person and you know your lives are moving in the same direction, then an en emotional commitment has a better chance of working. You can still fall in love with each other, but at least you know (for the most part) who you are falling in love with. 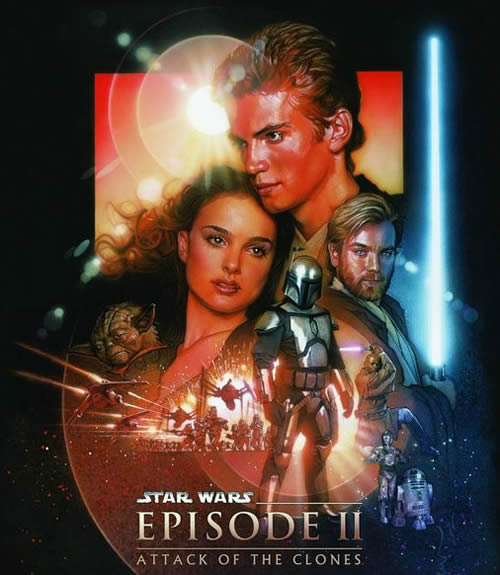 About The Hopeful Romantic Movie Reviews – Every Tuesday this blog will be evaluating a Hollywood movie from the perspective of The Hopeful Romantic, assessing the characters and their actions for common pitfalls and positive qualities. This week we evaluate the pivotal relationship in the new Star Wars trilogy.

Star Wars Episode II: Attack of the Clones is arguably the worst of the six Star Wars movies. This is precisely because of the awful love story between Anakin Skywalker and Padme Amidala. Besides the whole relationship seeming forced and filled with clichés, we can manage to learn a thing or two from their situation.

First, and the biggest sign that this relationship is doomed, is the fact that Jedi aren’t supposed to pursue anyone romantically. The subtext of this is that it forces Anakin to withdraw from the Jedi Order or for them to keep the relationship secret. They choose the later. Any relationship worth being in is worth making known. If the person you are dating is sneaking you up a back stairwell to get to their room, then you are not the main person they are dating.

In the movie context, Anakin’s main love interest is with the Jedi Order and becoming more powerful. Here is a transaction while on Naboo that should have given Padme reason to be cautious.

Padme: The problem is that people don’t always agree…

Anakin: Well, then they should be made to…

Padme: Sounds an awful lot like a dictatorship to me.

Anakin: Well, if it works.

The guy is trying to justify the end of the Republic and you still fall in love with him!?!

The second sign that this relationship would be trouble is the constant whining. Apart from being completely annoying (how could you fall in love with someone like that!), Anakin’s complaints signify serious issues with his father-like figure, Obiwan. Now nobody is perfect, but even in fictional universes I couldn’t imagine a better father figure than Obiwan. These “daddy issues” and his thirst for power boil over in Episode III and he almost kills her.

By and large, this was a dead end relationship from the start, one that definitely should have been avoided at all costs. The only real question is if Palpatine had the foresight to suggest Anakin for the assignment (to protect Senator Amidala) knowing that their love affair would help turn him to the dark side. 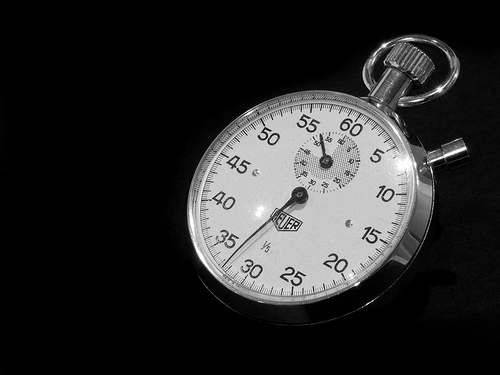 When relationships end, someone is usually more heartbroken than the other. This is due to the uneven growth of love in the relationship. If you are the one more heavily affected by the breakup, you’ll need some time off from dating. A good rule of thumb is take one week off for every month you were in the relationship.

This time off is necessary to get over the last person. When you finally start dating again, you want to focus on the new person. If you start dating too soon, your mind will still be on the old person. Your conversations will then gravitate to your ex. And believe me, the last thing you want to hear on a first date is all about the other person’s ex.

Take some time off from dating. Get your footing until you are ready to stand on your own two feet and start to move forward on your own. 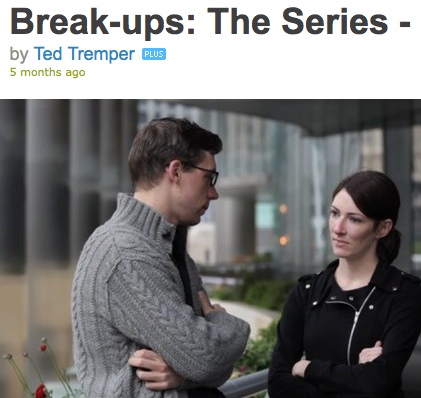 Great comic from Toothpaste For Dinner 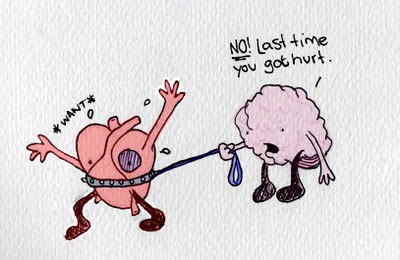 [Katie, via Spocks, via IWPBI’MR]

I've been sending tidbits on life, love, and relationships to my friends and family since the summer of 2000. You too can get these updates... Subscribe to Petie's Love Newsletter!